Slumming it with the permanent members of the underclass

I pay a frickin' fortune in income tax. As a result, I like to know where it goes. I can appreciate it ending up being spent on roads and bullets and police and hospitals and schools, but beyond that, things start to get iffy as far as I am concerned.

So today, I went and had a look at where a wodge of it is going - our own little local version of Rosemeadow (without the riots and shootings). This particular Housing Commissiond "estate" is in Lilyfield - a place where there are no fields, and no lillies.

What drew my attention to it was the fact that a portion of the estate has been bulldozed - that's the vacant, rubble strewn lot on the left of this picture. 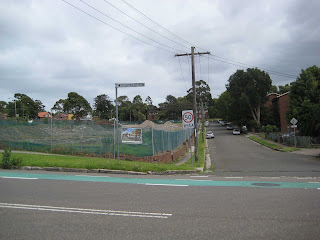 Stuck on the fence was this sign, boasting that this is to be an environmentally friendly development. It blabs on about solar lighting and solar heating, which is all very nice (and I wonder how much extra the taxpayer is paying to provide these feelgood gee-gaws), but it says nothing about how this redevelopment will improve the human condition of the inhabitants. What will this do to discourage the current generation from existing like their parents, and their grandparents, and their great-grandparents; who have spent a lifetime sucking on the public tit. 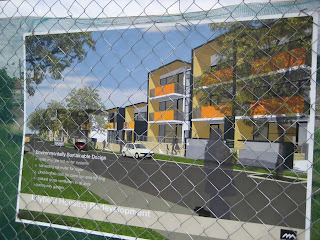 The buildings on the right are typical of the rest of the estate - the yet to be expensively bulldozed and redeveloped part. 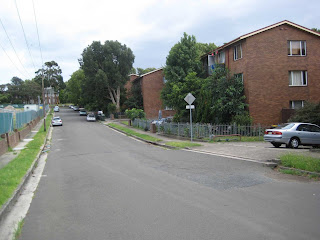 I rode around a few streets photographing cars. I will add some caveats here.

I have no proof that the cars in these photos belong to the tennants of this housing commission estate. However, the place where I took these photos is pure estate - every building around these streets is taxpayer funded. It is not like this is a mixed development, where you have normal middle class owners muddled up with idlers and wasters, who are constantly waited on by compassion junkies.

On a weekday, every parking spot on Lilyfield Rd is normally taken by people who drive there, park and then catch the bus or lightrail into town. On a Saturday, all those commuters are sleeping in at home, and there is no one fighting for a parking space, so these cars are not owned by commuters.

Futhermore, there are no offices around this area, and it was a Saturday. If there were offices and shops nearby, I could understand office workers and shoppers parking down this way, but there are no "magnet" locations like that to pull people into this area. There aren't any pubs either. There's nothing - just housing commission.

So let's look at the cars. 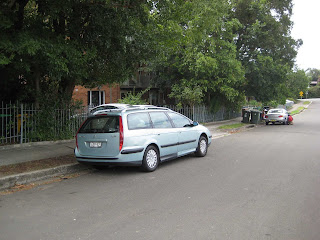 The Falcon on the left is the XR-6 sports model. Nice (and pricey). 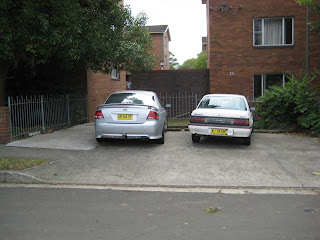 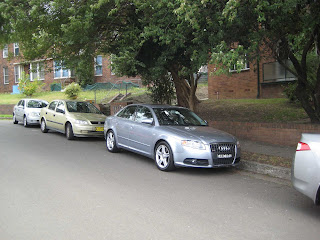 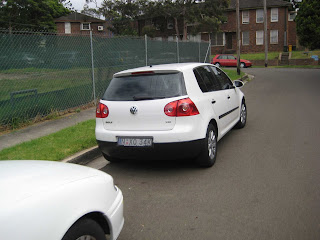 A nice new car (I can never remember all my car logos). 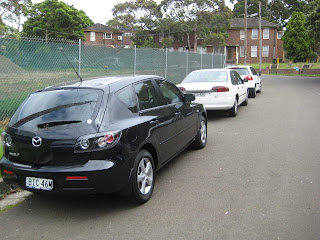 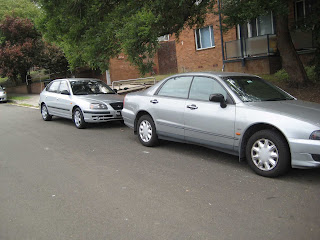 Much more modest cars - but not bombs either. 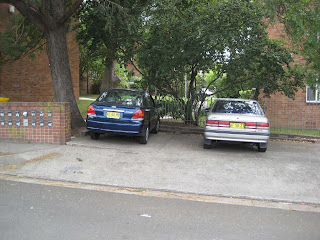 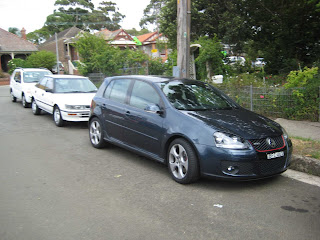 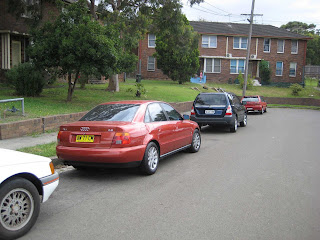 A BMW, nomenclature unknown (because the cock-nobbling P-plate driver has removed the model numbers, supposedly so we will think this is a 5 series road rocket. Dickhead) - but still, a nice car. Not cheap. 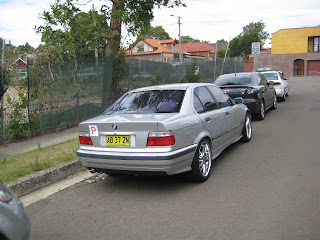 A couple of new softroaders. With expensive roof racks. 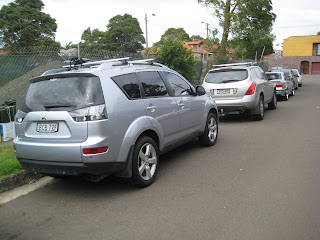 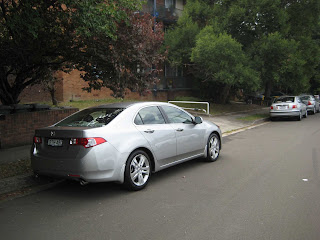 I blogged a few weeks back about a wastoid who was driving an S2000 when he crossed to the wrong side of the road and killed another driver. That wastoid was on welfare, getting $350 a week from we, the taxpayers. How did he afford a car that costs at least $25,000? I don't know.

But it looks like he is not the only welfare recipient driving fancy wheels.

Ponder that, next time ACOSS and the compassion junkies of the left say that we can't afford tax cuts, as more has to be spent on fighting poverty.

If this is poverty, I'm a chicko roll.
Badly proofread by Boy on a bike at Saturday, January 17, 2009

"A nice new car (I can never remember all my car logos).

to the person who reated this, GET A LIFE