These photos were lifted from the Daily Telegraph today - the story was called "High noon shootout":

A PHOTOGRAPHER has captured the last stand of a gunman wanted by US police after a series of bank raids.

The shots show Robert Sylvester, 57, jumping from his vehicle and brandishing his gun before a shootout with officers. 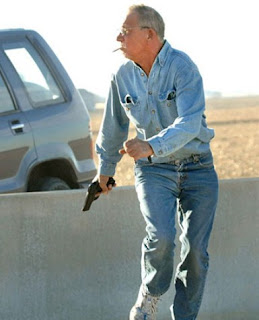 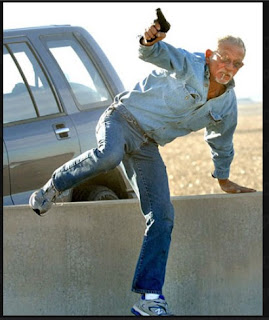 This is definitely the definition of a "last cigarette".
Badly proofread by Boy on a bike at Wednesday, January 07, 2009