You don't see this very often

I know it is winter, but I bought a new BBQ yesterday for $99. Yes, $99. It's very simple, and not particularly sturdy, but it should see us through the next few years.

What was so astounding about it was the instructions and packaging - they were brilliant. Being so used to dealing with Japlish or Chinglish instructions, I was amazed to find clear, easy to read and simple to follow instructions that did not say things like, "Insert jellyfish into finger, tighten with spon". 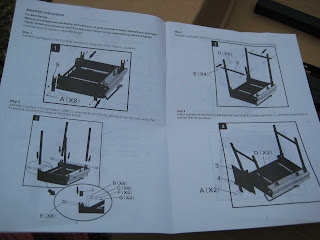 The nuts and bolts and washers were not tied up in unidentifiable little bags, or all dumped into one plastic bag - they were thoughtfully arrayed in this neat little tray, and properly tagged with the size and function of each. 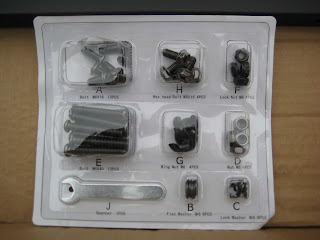 The little trays were easy to open too - no rooting around with a box cutter, or set of keys, in an attempt to get at the wingnuts. Assembling it was a doddle. 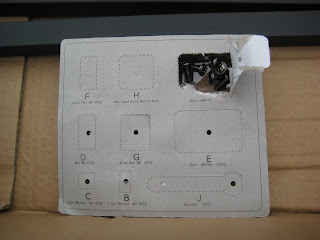 All this for $99! Funnily enough, it was designed by a company in Morley (Perth, Western Australia) and built for them by Chinese slave labour. Given the wonderful climate that Perth has, you'd expect it to be the BBQ design capital of the planet, and this BBQ proves it.

The steel that the BBQ is made out of probably comes from melted-down Datsun Sunny's - it's cheap and thin looking, and has the tensile strength of a fish finger. The hotplate is so thin, it could have been a part on the moon lander. Still, so long as it cooks steak and chops and things, I will be happy. The only thing I don't like so far is the minuscule drip tray for fat. I like an enormous drip tray - one so big, that it will last for the entire life of the BBQ. You never empty it - you simply throw out the BBQ when it has reached the end of its life, and the drip tray goes with it. By that point, the tray should be 98% full of solid grease.
Badly proofread by Boy on a bike at Monday, July 27, 2009