Yeah, I had no idea what the Yellow Crusade was until I got home and googled it. The first I knew of it was when I was heading over the Anzac Bridge and saw a small yellow blob way ahead of me. It was an unusual looking blob, given that it was walking rather than riding, and was yellow from head to foot. 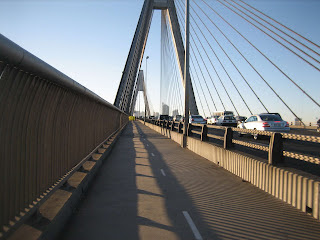 As I got closer, I started to think that the Teletubbies had escaped. 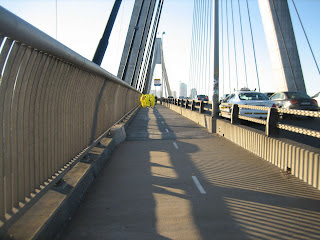 It transpired that there were lots of people in yellow suits walking over the bridge. I had no idea what they were doing, as none of the suits had a clear logo or statement on them that I could read at 20km/h. 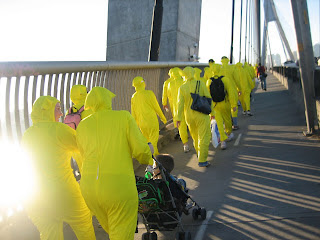 The only way I found out it was the Yellow Crusade was by zooming in on the woman on the left and trying to read what was on the front of her suit. It only took me a minute to figure it out. Talk about crap branding. 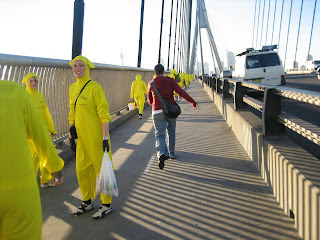 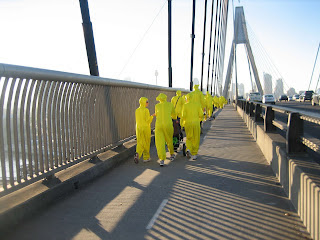 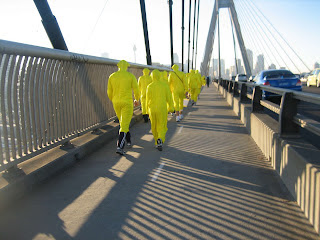 Egads, another group. Will they never end? 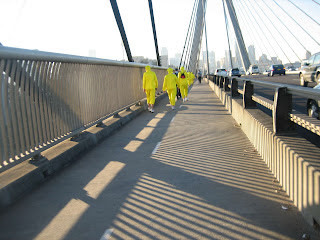 I finally made it to the front of the yellow stream (that's not a good description, is it?) 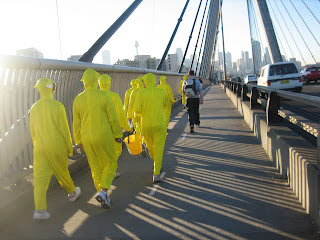 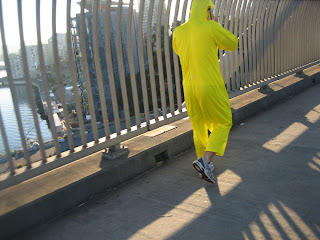 At least they had the sense to engage a photographer to record the event. Dunno if it got any press coverage of note today. I can't be shagged doing a search. Knackered is what I am. 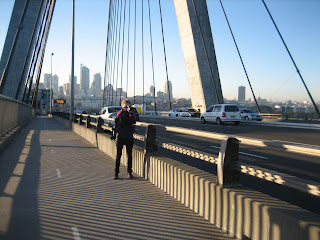 I saw these yellow blobs in Martin Place about 8.30am. They were jumping up and down and yelling out to make themselves heard. They were competing against the people from Motor Neurone Awareness Week, a handicapped man and a homeless man for my charitable dollar.

The polite well groomed people from Motor Neurone Awareness ended up with my money.

Boy on a bike... maybe you should ride slower next time and donate a dollar yourself... that would nice.. the Yellow Crusade is raising funds for cancer research... I'm the 'lonesome yellow lemming' by the way. How about you join us and the larger branding next year!!