I thought Kleenmaid went belly up

I read in the papers recently that Kleenmaid had gone down the gurgler, owing millions to creditors and leaving those that had ordered and paid for white goods in the lurch.

I drove past this Kleenmaid store after that story broke, and not only did they appear to be open for business, they were still advertising that they were taking orders and so on. 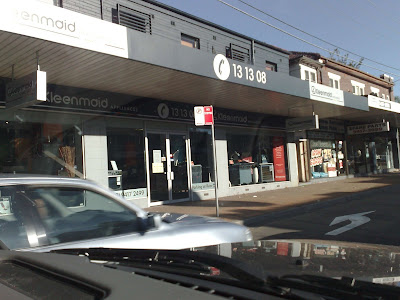 Either the stores have worked out some sort of arrangement where they can keep trading on their own, or head office has not done a very good job of telling their franchisees that they are broke. That they are an ex-company. They have ceased to be.
Badly proofread by Boy on a bike at Wednesday, April 29, 2009

Hi Boy
There's a huge stink up here as it appears that Kleemaid was trading insolvent, they owe $76M!
They shut down on the Thursday before Easter, and I know that they were flogging extended warranties for about $800 (I know someone who has mostly Kleenmaid appliances). People have been interviewed on radio who had spent thousands of dollars on Kleenmaid appliances for their new or renovated homes and they will not receive the goods they ordered or their money as they are unsecured creditors.