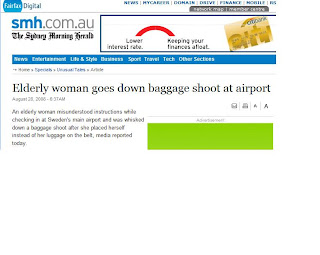 It's a sad day when a major paper can't tell the difference between shoot and chute.

It's not like they've used the word "shoot" only once as well.

It's in the title.

It's in the text.

It's also in the link:

Looks like fairfax has made a bunch of 40 year olds who can spell redundant, and employed a cheaper bunch of high school dropouts. Then again, given the state of education these days, the goose that passed this probably has a PhD in English Lit. 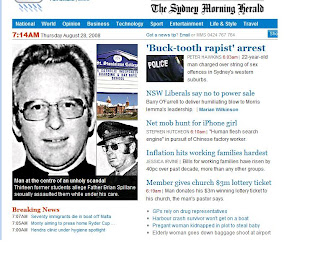 Correction - they've also used it on the link on the front page as well.
Badly proofread by Boy on a bike at Thursday, August 28, 2008