No, I am not giving up blogging after a year in the saddle. I was born to babble, both verbally and in writing. I can't turn the tap off that easily.

For reasons that will hopefully become clear soon, this will be my last post about sending care packs to our diggers in Afghanistan. I found today that I had enough stuff to make up another box, so it is packed and ready for the trip to the post office tomorrow.

The nice lady at our local post office gave me a swag of customs forms on my last visit. I will feel guilty as hell if I don't use them all over the next few months - she has unwittingly placed in my hands a huge incentive to keep packing and sending.

The customs forms are the same forms you use when sending any parcels overseas - they want to know your name and address, what is in the box and an approximate value. 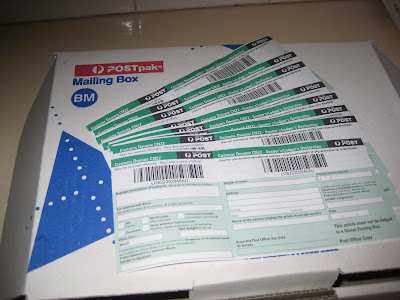 Out of curiosity, I weighed the box itself. It came in at 174 grams - nearly 10% of your allowable weight limit. 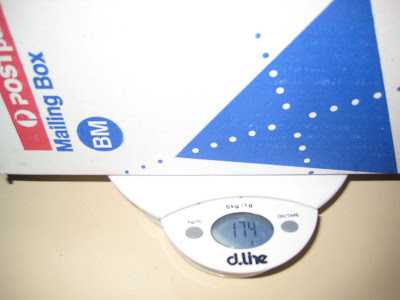 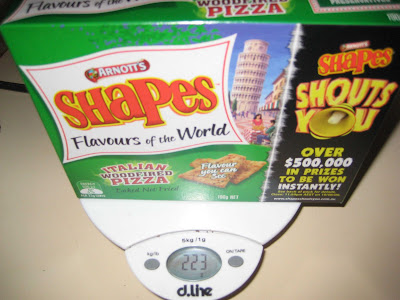 The packaging for Milo is a killer - a 200gm tin actually weighs 262 grams. 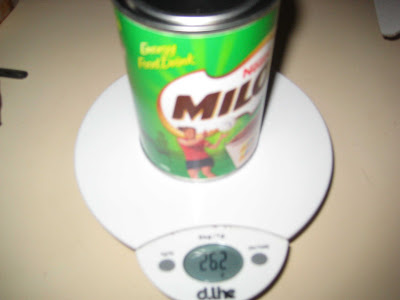 I'm going to try chasing up two people this week about what to pack - a friend who spent a few months over there last year, doing construction work, and a bloke who went to school with J, who is about to go back again shortly. She's caught up with him via the wonders of Faceplant.
Badly proofread by Boy on a bike at Sunday, May 24, 2009

As a suggestion on the milo side of things. Send the little single serve sachets if you can, that will let you get much closer to the weight limit.
The SPQs on the mining camps use plenty, but Im not sure who their suppliers are.