After much faffing around, I finally made it out the door around 10am. I had a half-baked idea of trying to raise the weekly total to 100 miles, or 160.9344 kms. After much huffing and puffing, I achieved 98.18% of my target. The thing that put me off pushing for that last 2% was a bad case of the 'black finger', which is commonly brought about by a puncture. I was not far from home, and had numerous options for taking detours that would extend my ride by the requisite amount, but I decided not to push my luck. You always get a second puncture when you push your luck, and I only carry one spare tube..... 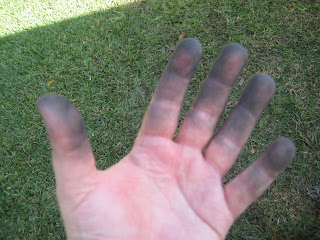 Notice my soft, pink hands. I used to have callouses. Lots of callouses. Where did they all go?

The other thing that made me go straight home, without collecting $200, was that my stupid little pump was only capable of putting 40psi into my tyre after I changed the tube. I have a big pump at home - one that you put both feet on and then pump like crazy - and it quickly and easily gets my tyres up to 100psi or more. But I can't take that on the road with me, so I have a little porta-pump that is supposed to do the same job..... but doesn't. When it got to 40psi, it kept blasting off the end of the valve as the pressure was too much for it. You'd need muscles like The Humongous to get it any further. (This is quite a good take on Humongous and his henchmen by the way, and this explains how they rolled the tanker at the end of Mad Max II). 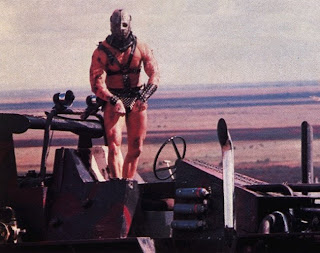 I had a bit of a laugh whilst changing the tube on the side of the road. As soon as I heard that fatal 'pfft-pfft-pfft' of air exiting the tyre on each rotation, I slowed down and pulled over. I happened to pull over right outside the front of a house where the occupant was standing in his doorway having a fag, with his dog.

After I stripped off the back wheel and sat down to start the tube change, he wandered over to see how things were going. He looked like a complete welfare-bludging dero. Trailer trash, except without the trailer. He had a nice looking fibro home in an expensive suburb instead.

Why is it that those least likely to do any form of exercise, apart from elbow bending, are the most likely to be seen in sports clothes? In winter, I sleep in a pair of tracksuit pants. The only time you will ever, ever see me in them outside is if our house catches fire and we have to evacuate in a hurry. When I put that idea to J tonight, she said, "Hmm, even then, I would probably stop and get changed".

Riding mid-morning meant that as I was heading out, I was passing all the serious cyclists heading home. The packs of lean, mean, hungry looking, lycra-clad coffee-slurpers was being replaced by families. Many families. Families with many meandering kids on bicycles. I was constantly standing on the brakes to avoid running over some tow-headed five year old that suddenly decided it would be a good time to ride on the opposite side of the path.

I was approaching one such family head on when the little kid at the front of the pack looked up at me and went wide-eyed and he spread his arms as far as they would go and smiled - I am rather broad across the shoulders, and I think he was making the point that from his point of view several feet below me, I looked like this hulking monster.

At least I hope he was referring to the width of my shoulders, and not my Hinze-like beer belly. 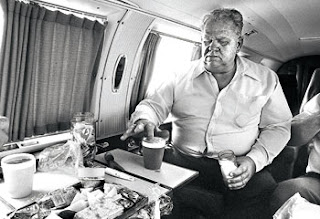 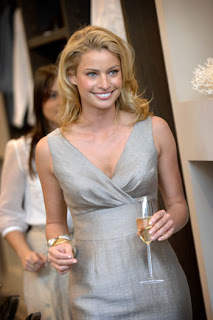