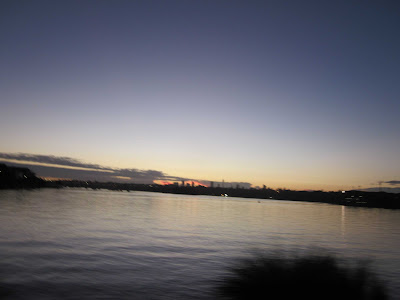 I'm not getting up an earlier - the sun is getting up later and later. It's been a wee bit chilly before dawn this week - time to haul the undershirt out of the cupboard and give it a pre-winter wash. Nowhere near cold enough to need a second layer yet, but it's getting there.
The Sydney weather has been fickle of late - I'll start out dry, and then the rain will kick in about 10 minutes later. I'll arrive at work sodden, expecting a soaking trip home that afternoon only to face brilliant sunshine. The hairs on the legs do strange things in the rain - they don't flatten out. Rather, they stand up and then get windblown sideways - looking like some sort of weird blow dried semi-mullet. Enough of that. 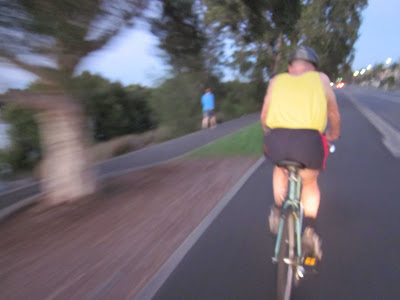 I almost came to grief again this morning - this time it was a ninja cyclist riding in the poor light without benefit of lights or bright clothing. They assume that just because they can see the road, everyone else can see them. A head-on prang was narrowly avoided. Moronic cyclists are just as bad and dangerous as moronic motorists. 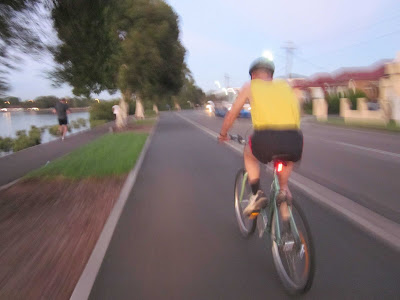