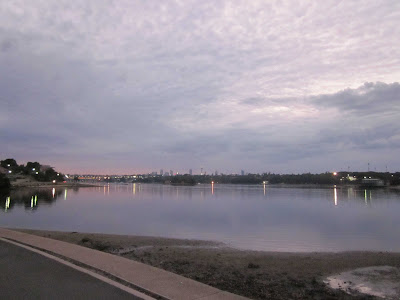 It's been a week of early morning up and at 'ems for me - I haven't seen this many sunrises in a row for a long time. As usual, the clever 'lectric brain in the camera has made it seem much lighter than it actually was. 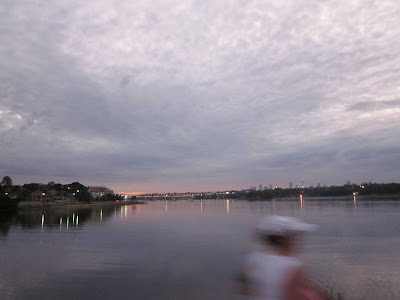 The blur of this jogger going past gives it away - the camera was open for a while and sucking in lots of light to get this shot. It's so dark, I had to stop to take shots - something I never, ever do. Except when it's nearly dark. 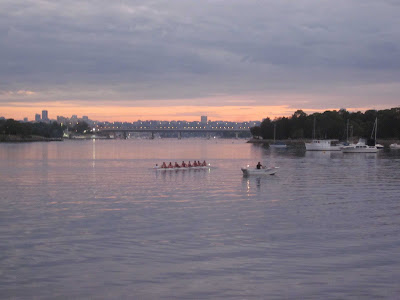 How glorious is that? Rowing into the sunrise. Except of course that none of the rowers can see it. 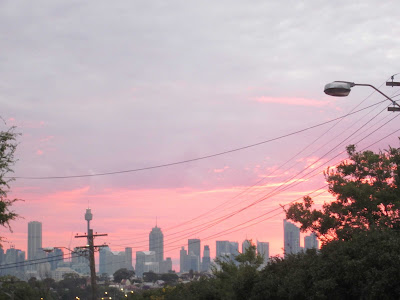 If it wasn't for the blasted trees, the view from here would be great. 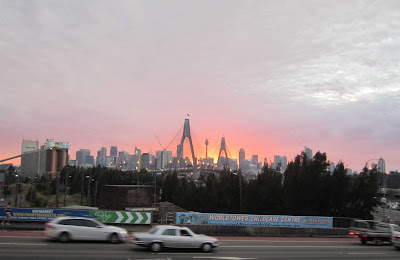 If it wasn't for the blasted cars, the view from here would be great. 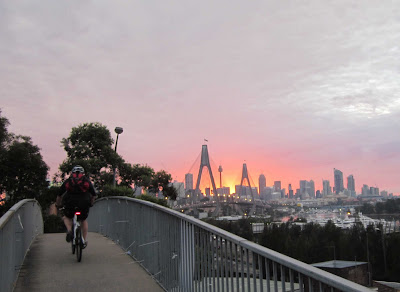 If it wasn't for the blasted cyclists riding through my shot, the view from here would be great. 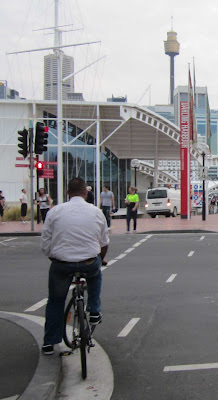 This guy was a crack up. He was riding slowly and erratically through Pyrmont - I easily blasted past him. However, I heard him coming up behind me as I sat at a red light, and the bugger nearly crashed into me as he went careening past, half out of control. It was reasonably dark, and he had no light, not rear reflector and no helmet. When I went past, I found that he also had his headphones in, and was talking on the phone - I caught a blast of Arabic from him as I took off.
At least he kept his hands on the handlebars, and didn't wave them around.
I reckon he's a taxi driver that's lost his licence. He certainly cycled like many taxi drivers drive.
Badly proofread by Boy on a bike at Thursday, March 10, 2011

It's a pleasant change.

Were they taken by your brother?