In my last post, I looked at a relatively wealthy enclave in Sydney, and how the local primary state and Catholic schools compared. I've now run the numbers on 17 primary schools in the Fairfield-Cabramatta area. This is a region in Western Sydney with lots and lots of migrants and it's got pockets of nasty.
First cab off the rank - there is a special school in the area. I didn't look into it too closely, but it gets funding of $82,908 per head.
The breakdown of the 17 schools is as follows - one special, one Independent, 4 Catholic and 11 State. The average ICSEA score for the area is 946. Over my way, it's 1117 - a significant difference in average family incomes. 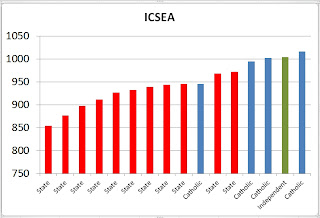 Over my way, the State schools have higher ICSEA scores than the Catholic schools. It's very much the reverse in Fairfield - the average state school score is 924, compared to 990 for the Catholics. 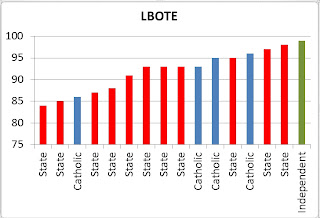 As far as speaking English (or not speaking English) is concerned, the average of the two systems is almost exactly the same - around 92%. Note that the Independent school is nearly 100% - it's an Assyrian school. 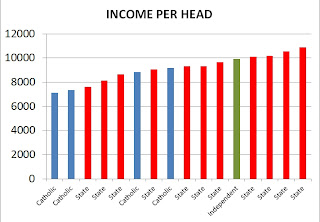 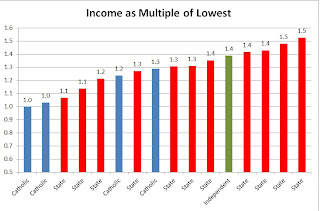 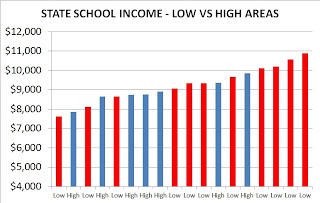 BOAB
How about comparing student performance on NAPALM tests (sorry - NAPLAN) with spend per student? It's there in the data.
Many teachers call it by the first name. It burns everything it touches.....

Yeah, that was my next thought. However, I'm going to do one more area first - Chatswood (which has a large Chinese population). Then I'll do Napalm. They make it as difficult as possible to aggregate numbers from the site - it's a time consuming exercise to make sense of it all.