Not such an early start today - and when I did get going, this bloke blasted past me. Bastard - and all dressed up in his team kit too. (Commuters as a rule seem to avoid wearing jerseys and knicks in the colours of say Lance Armstrong). 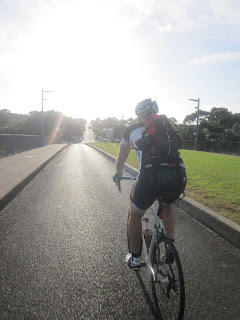 Trundling up a long hill on a laid back bike. It's nice to know that not only could I blast past her on the up hill, but I could do it one handed whilst taking a photo surreptitiously. 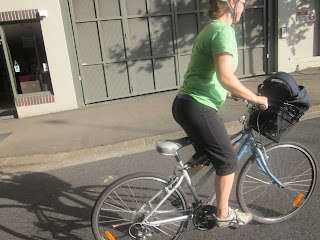 Passing cyclists under a canopy of green. 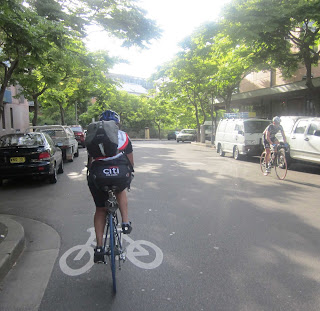 Interesting helmet - a construction worker heading home. He's wearing his work helmet, not a bike helmet. He was wobbling a lot too - I found that he was eating a Picnic as I went past, which explained the one handed bike riding. 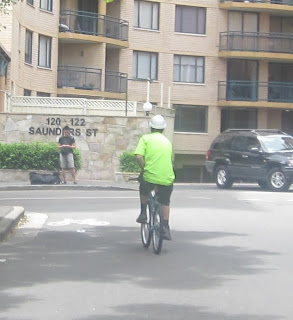 Another pair heading home. Surprisingly large number of bikes about in the middle of the afternoon (I left work early). 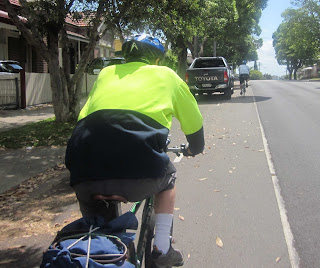