I read a recommendation on Inspector Gadget this week about a pommy show called Coppers. I've watched 4 out of 5 episodes so far - it's excellent. Far removed from your usual reality cop shows. The first episode is a corker for anyone interested in how the underclass is progressing these days. The travails of two very stupid crims made up most of the episode. It's awful, but it just has to be watched. Here's the bloke - a heroin addict who after 15 months in prison, re-offends on his first day out. This is him at age 32 (I think). 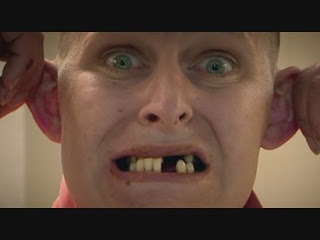 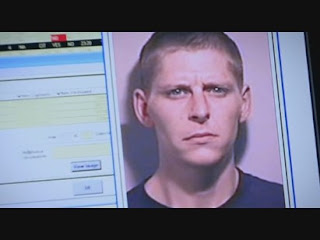 The same effects were evident on his partner, the other crim. She was 30 going on 45, an addict and a prostitute. 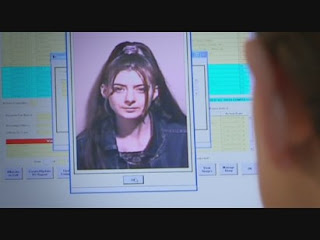 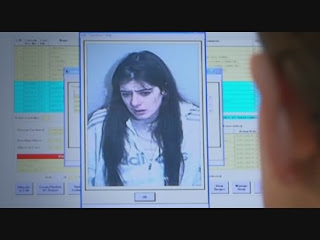 One hilarious scene is where the bloke goes nuts because his partner - the prostitute - had shacked up with another bloke when he was in prison. He was quite happy to get her to have sex with other men for money, but not for pleasure.
The worst bit was the interviews with the grandfather of the female crim - listening to him describe how she started using heroin at about 15, and then went downhill from there. Interestingly, no sign is ever seen of her mother or father - just her grandfather, who clearly looks after her and loves her. It was just terrible watching what she put him through.

Each episode is about 45 minutes. Spend a bit of time and have a look at them.
As for the big question - what the fuck do we do with these people? The show doesn't pretend to have any answers, and neither do the coppers involved. I'll take the wisest course and stay well away from trying to answer it as well. Just watch the shows, and be horrified and amazed and appalled.
Badly proofread by Boy on a bike at Saturday, December 18, 2010

Labels: People who should be shot, Police, Welfare

As for the big question - what the fuck do we do with these people?

Use them as an example of what not to do.

As for the big question - what the fuck do we do with these people?

This wouldn't necessarily be a completely unalloyed good but the legalization of drugs would mean that instead of stealing $50-100 per day or hooking for that money they could feed their habit with a part time job, occasional panhandling or picking up cans or less time hooking or stealing much less (Morphine HT costs a pharmacy about $5 for 1000mg).

They'll still be idiots but their effect on everyone else would cost less.

Each episode is about 45 minutes. Spend a bit of time and have a look at them.

I tried before but it says it isn't available in my area.

From what I've seen, junkies can be divided into 2 groups : those who do it as a hobby and those who do it to commit a slow suicide. The first group, who are otherwise functional in society, makes me think drugs are a symptom of the downward spiral of the second group and not the cause.

Making it illegal didn't stop them from being junkies — if a policy doesn't work then maybe it should be reevaluated. A law isn't needed for a society, in whole or parts, to show its disapproval. I prefer law to be reserved for crimes against others as opposed to trying to protect people from themselves.

btw, I did find a short excerpt on youtube about "the Chatham Pocket." Is a cultural downward spiral (I think a culture where people think the Chatham Pocket is a good idea seems to be a good example) to be blamed on drugs or on idiots who wake up and expect to get arrested?