As the title suggests, today was Ride to Work Day. Doesn't mean much to me, as I ride to work almost every day. Might as well proclaim a Drive to Work Day for those that prefer or have to drive.
It was a murky old day, with a few light showers in the morning - I thought that would discourage a lot of faint hearted newbies. 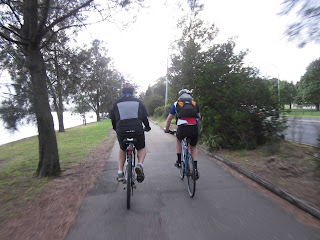 But no, they were out in all shapes, ages, sizes and speeds. 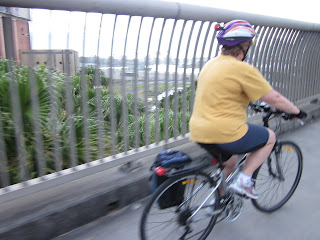 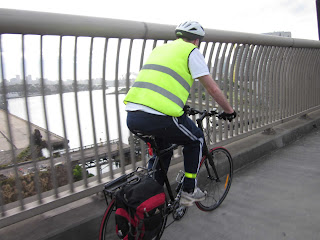 There was an official stand at Pyrmont, where you could pick up a free banana, get a voucher for a cup of coffee at a nearby cafe and get yourself filmed by the camera man. 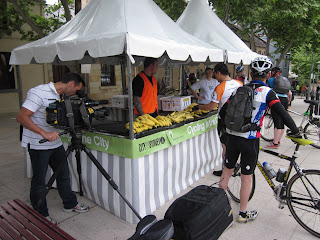 I've never seen the route this crowded before - the queue at the lights was something else. 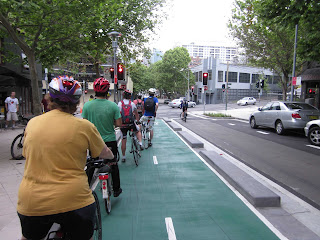 This trail of cyclists stretches the length of the entire block and beyond. 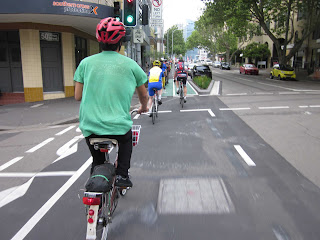 It was two way traffic two. 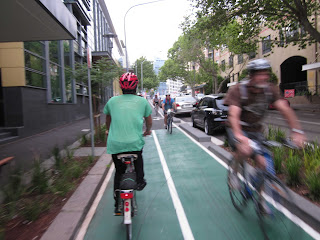 And they stretched around the bend as well... 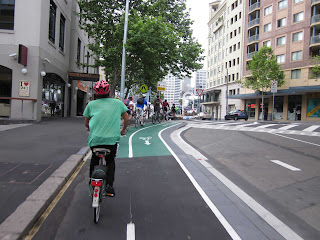 I didn't take any photos on the way home because the heavens opened and it poured. I was drenched within seconds - but no matter. I love that kind of weather - a balmy 20 degrees, no wind and lots of rain to cool you down. It would be horrible if you weren't wearing lycra - but that's why I wear lycra. You never know how conditions will change throughout the day.
Badly proofread by Boy on a bike at Wednesday, October 13, 2010