The smoke stacks of the old White Bay power station in Balmain, silhouetted against the dawn sky. Notice how skinny the stacks are? And there's no cooling tower like a modern power station. Those stacks used to pump out good old CO2 and soot and ash, and maybe a touch of steam. Funnily enough, this dreadfully polluting power station was originally built to power Sydney's electrified tram and rail network (which is usually seen by Greens as being a Nirvana compared to the motor car). 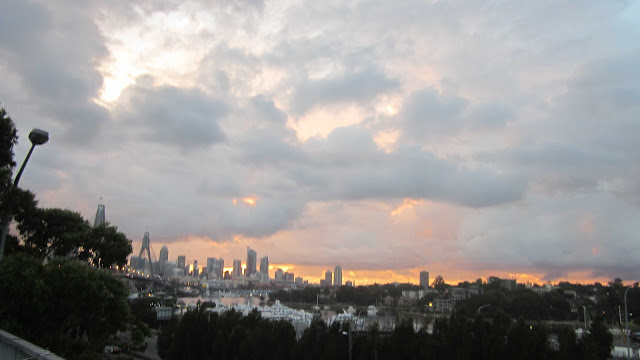 Check out the surreal colours of the city in the early light. 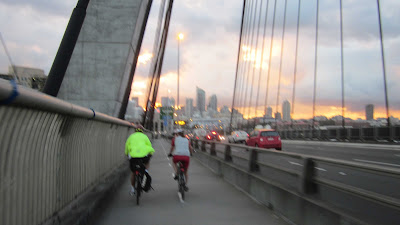 I just about smashed into this couple as I passed - they were incapable of riding two abreast without swerving around a bit and occupying both sides of the bike lane. 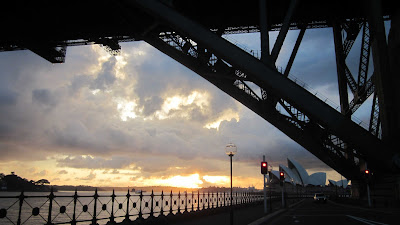 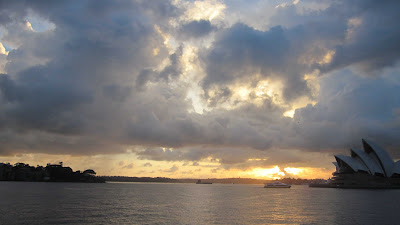 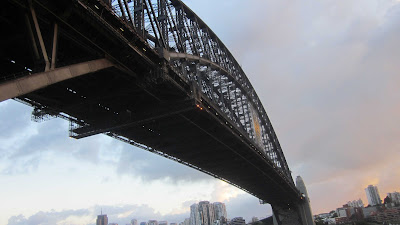 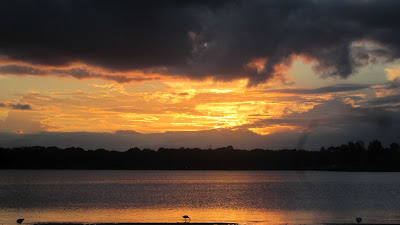 And now for some different - sunset.
Badly proofread by Boy on a bike at Friday, February 17, 2012