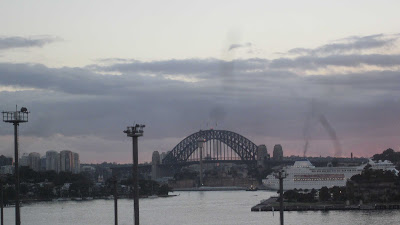 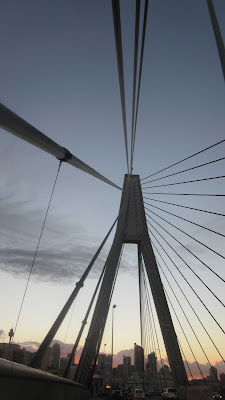 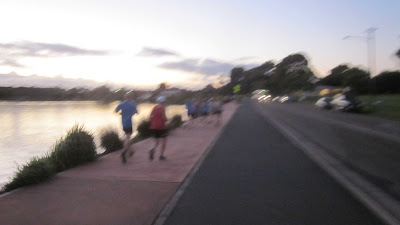 I was out much earlier than usual on Thursday, which meant I saw the Bay Run being used by a different population group to what I am used to. At my usual riding time, there are quite a few commuters heading into town, and the fitness groups are generally winding up, giving people time to get somewhere and shower and change before work. Because I was out so much earlier, there were absolutely no commuters but heaps of runners. These guys must start running before dawn most days. There were packs of them everywhere - and the majority were women. 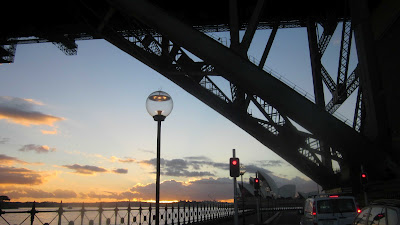