I managed to leave half an hour earlier than usual, but the sun was well up by the time I got to the water. It was a lovely morning - and a horrible afternoon. Around 3pm, the heavens opened and down came the rain. Forget the afternoon - it was a great morning for the rowers. There were at least 8 crews out on the water, rowing to and fro with a few boats racing each other. 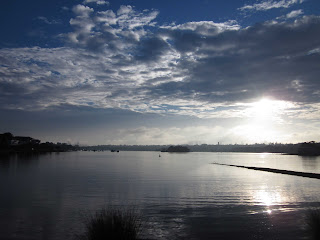 There were very few cyclists about, but lots and lots of joggers. I occasionally see the Boot Camp mob doing their exercises - this was the first time I had seen them running around The Bay. All of them looked very sweaty - the humidity this last week has been tropical. 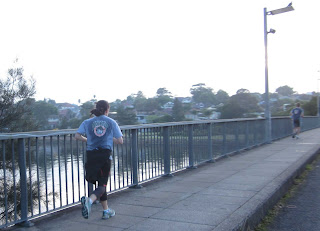 And then there was this interesting couple that I spotted in town. They were walking down George St, begging for cash from the passing pedestrians. They had that look of "I've just left prison". When we think of gay marriage, I'm sure the luvvies don't have the likes of these two in mind as their role models. 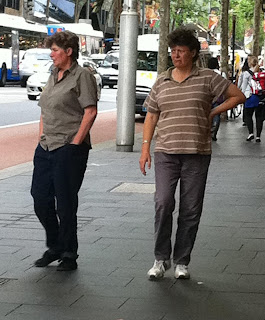