My version of the hockey stick

I present to you my own version of the Hockey Stick, made famous by Michael Mann. Can you guess what it represents? 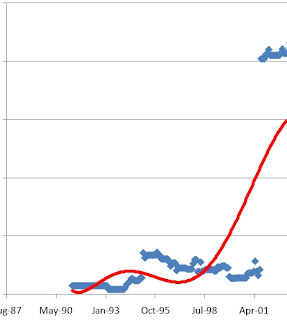 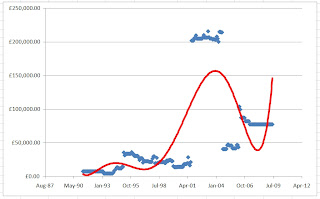 This is a graph of the grants provided to the CRU from 1991 to the present, in UK pounds. You can find the original figures here.
In the interests of openeness, this is what I did:
Badly proofread by Boy on a bike at Tuesday, November 24, 2009

I think the first graph is a sketch of Nessie.