On my way home last night, I stopped for a red light in Pyrmont. As I stood there waiting for the green, a siren started up nearby and it steadily got louder as whatever emergency vehicle it was on approached us.

Just as the lights went green, I caught my first glimpse of an ambulance approaching from our right. It crossed onto the wrong side of the road to get around the line of traffic stalled in front of it.

I was in the bike lane. Off to my left, there was a cyclist waiting at the lights out there on the road with the cars, and the cyclist patiently waited for the ambulance to get past (as did the cars in the lane beside him).

Behind the cyclist was a red car. In the red car was an impatient idiot.

Although it was clear to all and sundry that an ambulance was tearing up the road on lights and sirens, and everyone was waiting patiently for it to get by, the idiot in the red car started beeping at the cyclist in an effort to make him ride across the intersection in front of the ambulance. The cyclist put his hand out behind him, giving the motorist a "stop" signal - as in, "You'll just have to wait until the noisy thing with flashing lights on it goes past us". All that produced was more honking from the driver.

The ambulance tore past, and as it did so, the traffic lights went orange. The idiot in the car was honking madly at this point, so the cyclist went straight ahead through the intersection. The red car took off as well and turned right, tooting loudly as they tore through what was now a very red light.

If the cyclist had given into the idiot in the red car and failed to wait and give way to the ambulance, the red car would have turned right and driven straight into the path of the oncoming ambulance, blocking it from proceeding further. Instead of having to wait for 15 seconds, they'd have been stuck in a face-off with an ambulance.

I don't know what gets into some people. I was surrounded by quite a pack of cyclists (like below), and we all just muttered and shook our heads at the stupidity we'd just witnessed. The moron in the red car is the sort of person who will either be taking a trip in an ambulance before Christmas, or they'll be responsibly for putting someone else in the back of one. 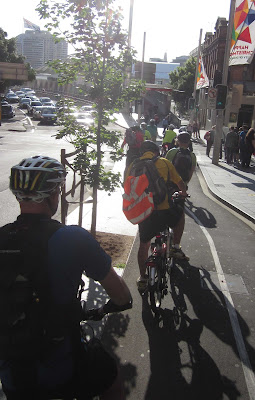 The sooner I am allowed to cycle tooled up like this, the better. 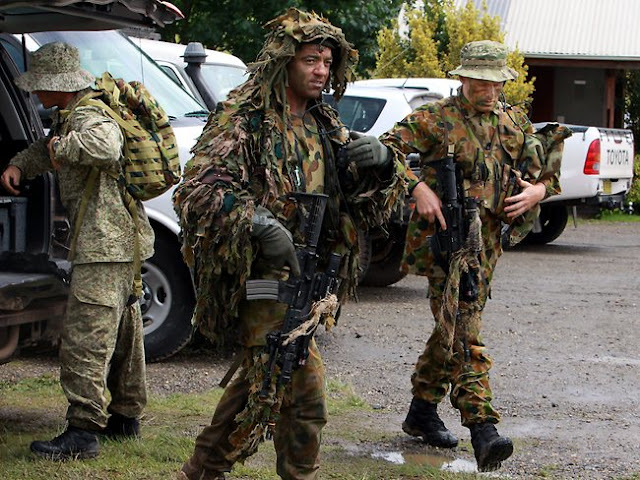