Depreciation. Fairfax vs the NSW Police

We're back with Josephine Tovey from the SMH and her silly Greens-based story on the Police water cannon.


THE state's $700,000 water cannon is rapidly depreciating in value and has still never been used, new figures show.


The four-year-old device, a large black truck that can carry 12,000 litres of water which it fires from its roof, is depreciating at 10 per cent a year, according to figures provided by the Police Minister, Mike Gallacher, in response to budget estimates questions on notice from the Greens.


Gee, that sounds terrible! A police vehicle is depreciating at 10% per year! How shocking that the Police should allocate $70,000 a year for depreciation out of a total Police budget of $2.68bn this year and $3.2bn next year!

Let's just gloss over the fact that she totally stuffed up the initial cost of the water cannon - it was $472,000 rather than $700,000. Instead, let's look at depreciation and  how it works at Fairfax. 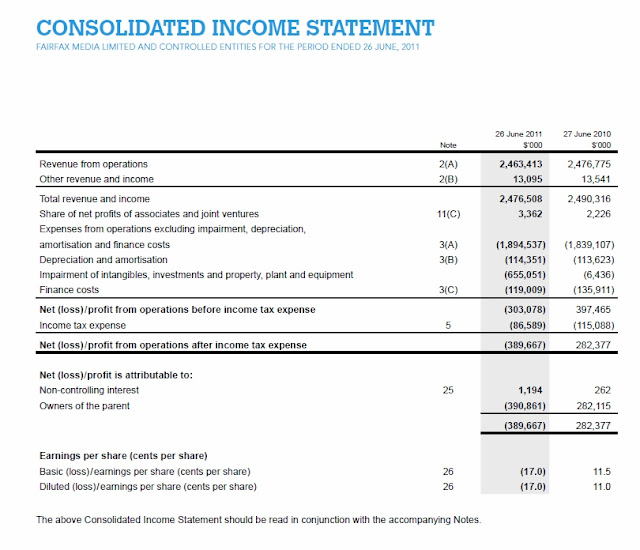 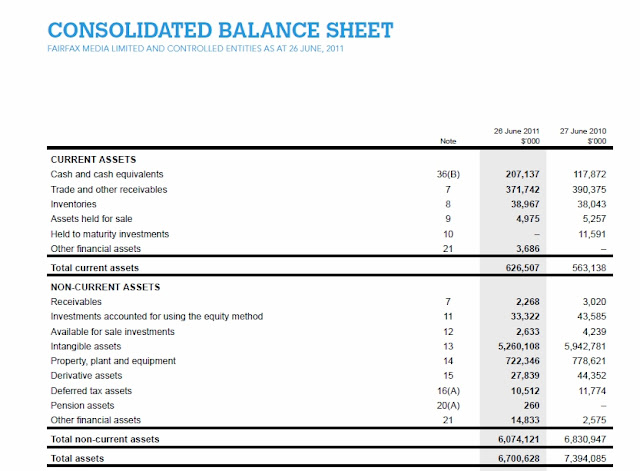 And it's not only physical assets that get depreciated - intangible assets like tradenames (eg, the Sydney Morning Herald) may also need to be depreciated or amortised. In this case, Fairfax are amortising some intangibles at 5% per year.

Don't show the above to Josephine - Fairfax are depreciating websites over 2 to 4 years, which implies a depreciation rate of between 25% and 50%!

Long lived physical assets of course get depreciated at low rates over extended periods. Printing presses get depreciated over 20 years by Fairfax, but if Josephine keeps writing like this, they'll be worthless in much less than 20 years.

The above numbers are all in millions of dollars. Josephine was horrified that the Police are writing off $70,000 per year on a truck - Fairfax wrote off $27 million on software, and $74 million on plant and equipment.

Even worse, Fairfax wrote off $649 million worth of mastheads, goodwill and customer relationships last year. That's nearly 1/4 of the entire Police budget, yet Josephine doesn't appear to have noticed this massive depreciation at the core of Fairfax. 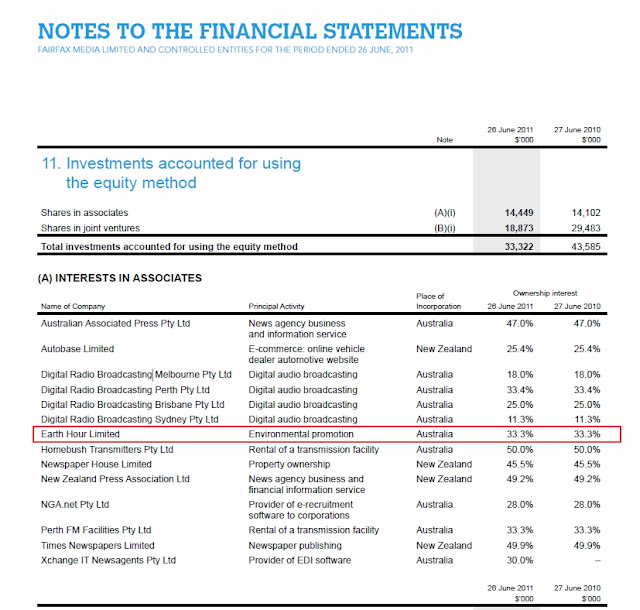 Crap like this is possibly responsible - plugging Earth Hour at the expensive of balanced news coverage. 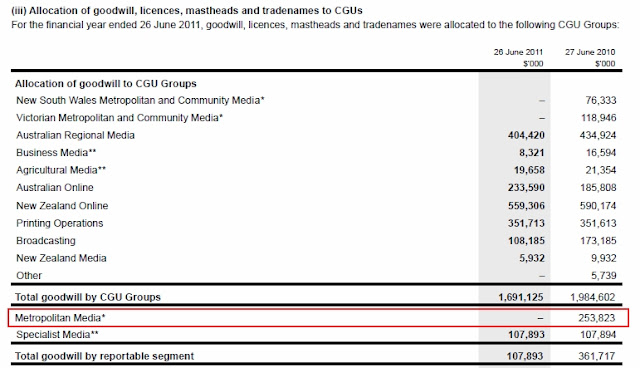 So what area caused a big slab of these write offs? That's right - "Metropolitan Media", which I imagine includes The Age and The SMH. Metrepolitan media was written down by over one quarter of a billion dollars last financial year - chew on that, Josephine. 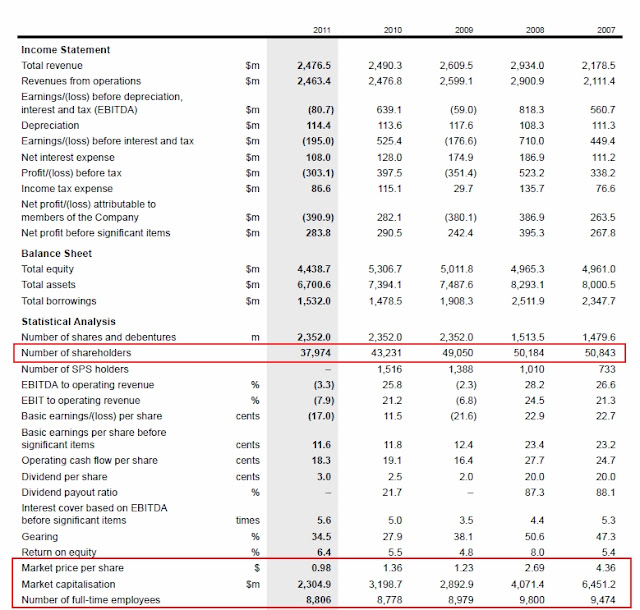 Josephine, if you bother reading your own annual report, you might notice that the number of individual shareholders has dropped from 50,843 in 2007 to 37,974 at the end of the last FY - a 25% plunge. The number of people who think Fairfax has a future is depreciating just a bit slower than the Police water cannon.

Ponder that, you financial illiterate.

Remind me not to start an argument with you big boy

On the positive side (to use her accountancy methods) after 10 years the Police Water Cannon is Free, Free.... Free !!

Well done Boy.
Tovey is worried about where her taxes go. She should be more worried about having a job in the near future, given the impressive fairfax face plant.

At the article there is a photo captioned "the $700,000 truck has never been used" and above, the photo of the truck- being used. Hilarious.

I think Josephine's real problem is that the water cannon costs money and isn't being used. That's my problem too.

Talk about a missed opportunity with Occupiers in Hyde Park.

The provision of project auditing and risk analysis services to Financial Institutions is one of the core skills upon which our practice was founded.
depreciation schedule sydney