I blogged the other day about a retard that didn't want to give way to an ambulance coming our way on lights and sirens. 2 minutes later, I was on the ANZAC bridge, and I went past a 4 car shunt. Nothing too serious - just lots of broken glass and pushed up bonnets. However, it was ironic that as I took this photo, I could hear the wail of the ambulance siren getting closer. I don't think they were heading for this multi-prang - no one looked like they even had a bruise. Impatience and stupidity behind the wheel leads to smashing into other things, which might lead to a trip to Emergency or the morgue.

Not that drivers are alone in being stupid and impatient. I was driving home from a late night shopping trip last night, and a drunk woman in a pink dress stumbled out of a taxi up ahead and then staggered rapidly across the road right in front of me. I had plenty of time to brake, as I was half expecting her to do something stupid, but alcohol and impatience and roads definitely don't mix well. 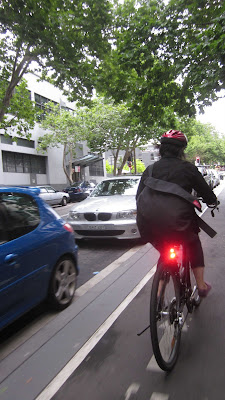 Electric bike lady - got overtaken by an electric bike today that must have had a HUGE motor in it - it was flying. 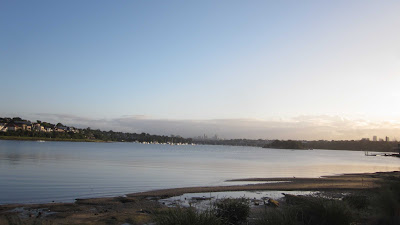 The sky - haven't seen that for a while. 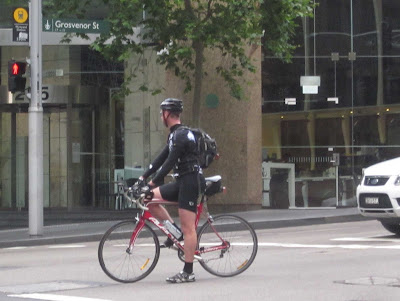 Ninja cyclist - dressed in black from head to foot. Even his ninja backpack is black. Blends in beautifully with the road. 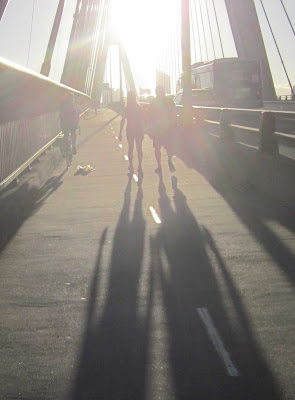 Why is it that some people are just incapable of walking on the left? 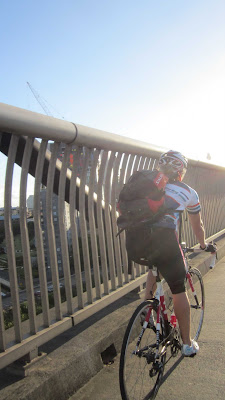 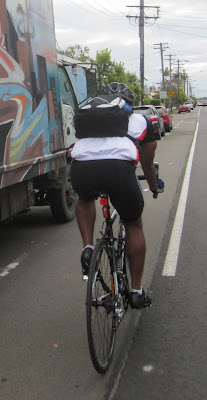 This bloke must ride a lot - he's got a great tan.
Badly proofread by Boy on a bike at Saturday, December 17, 2011

Why can't some people walk on the left? Probably for the same reason people stand side by side on escalators - because they're rude, thoughtless, selfish pricks who should be thumped - hard - on the back of the head.

Those people are holly sits who are walking on the left on escalators. Most of the cycle riders are complaining this thing.