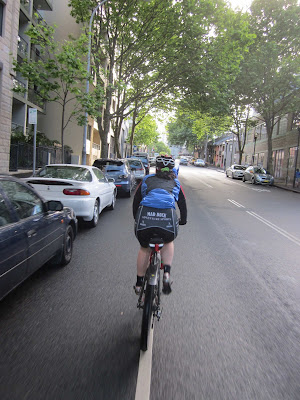 Hell's bells - been flat out lately and rarely have enough time for posting.

"Mad duck adventure sports" - just goes to show you can stick an advertisement almost anywhere these days. And there's no such thing as a "bum" spot to put one.

The rowers seem to be racing every morning when I ride past the club house - this is just a small selection of what I saw this week. On some days, you could almost walk across the Bay from shell to shell. 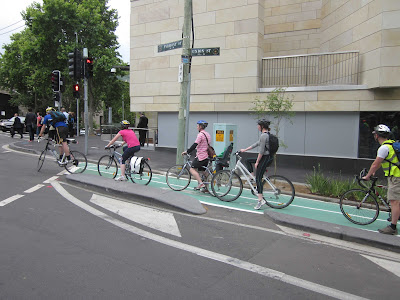 Mixed nuts - from the very racy to the very relaxed, and everything in between. 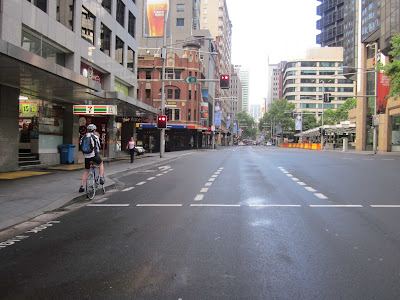 George St early in the morning - although it is a slight uphill all the way to the Town Hall, I like to race the traffic all the way there. Sometimes you win, sometimes you lose - but most of the time, it's not too hard to keep pace with the cars. Due to the density of traffic lights and buses, there's no reason why a reasonably fit cyclist on a good bike should hold anyone up. 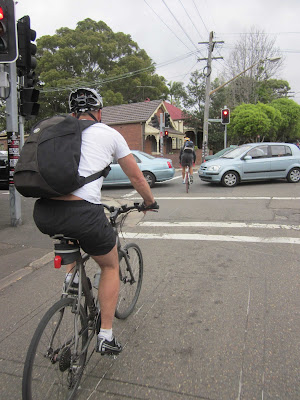 Speaking of racing, commuting has an interesting cultural difference to riding with a training pack. When on  a training ride, you'll get called to the front to set the pace and act as a windbreak for those following behind - everyone does a turn. Getting on the front is something that you have to do - you'll get yelled at if you don't.

With commuting though, the opposite tends to hold true. If you overtake another commuter, it's seen as a mortal insult, and a death race will then ensue with the bloke you passed going hell for leather to get back in front. Weird. 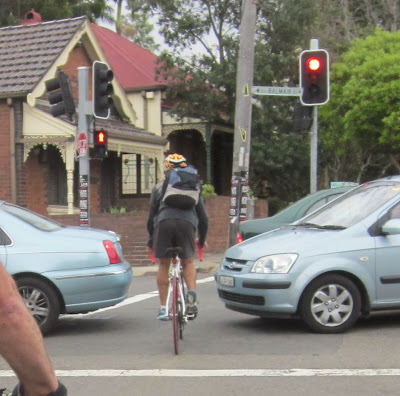 And there are those who are in such a burning hurry, they'll duck through the stalled cars at red lights. I'm not keen on this - if the traffic conditions change and the cars start moving, you can find yourself stranded. Plus it's illegal. So make that stupid and illegal as reasons not to do it.
Badly proofread by Boy on a bike at Sunday, October 30, 2011

I was busy one day in... ah...February I think it was, so I know exactly what you are going through BOAB