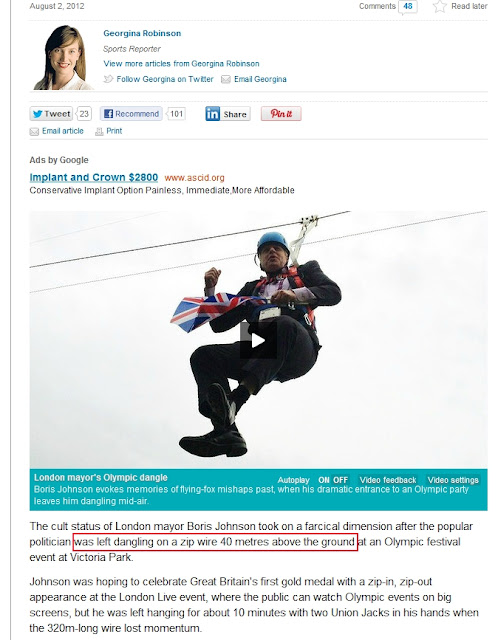 The SMH ran a story by Georgina Robinson this week regarding the Mayor of London getting hung up on a flying fox. As Georgina told the story, Boris "was left dangling on a zip wire 40 metres above the ground".

The story came with a video and some photos. Judge for yourself whether Boris was left dangling 40 metres or 4 metres above the ground.

The article also mentioned that "He spoke to the crowd, which had gathered beneath him", which would be a bit difficult if he was 40 metres up in the air. Ever tried to have a conversation with someone 40 metres away? 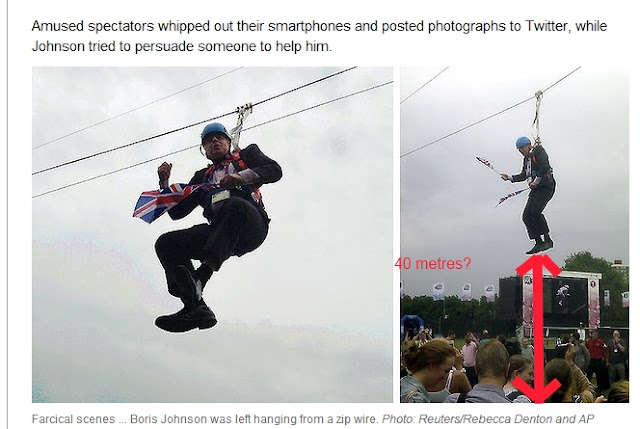 It could be that Boris Johnson is of Godzillian proportions but if so then I would think his wiki page would make at least some mention of it.