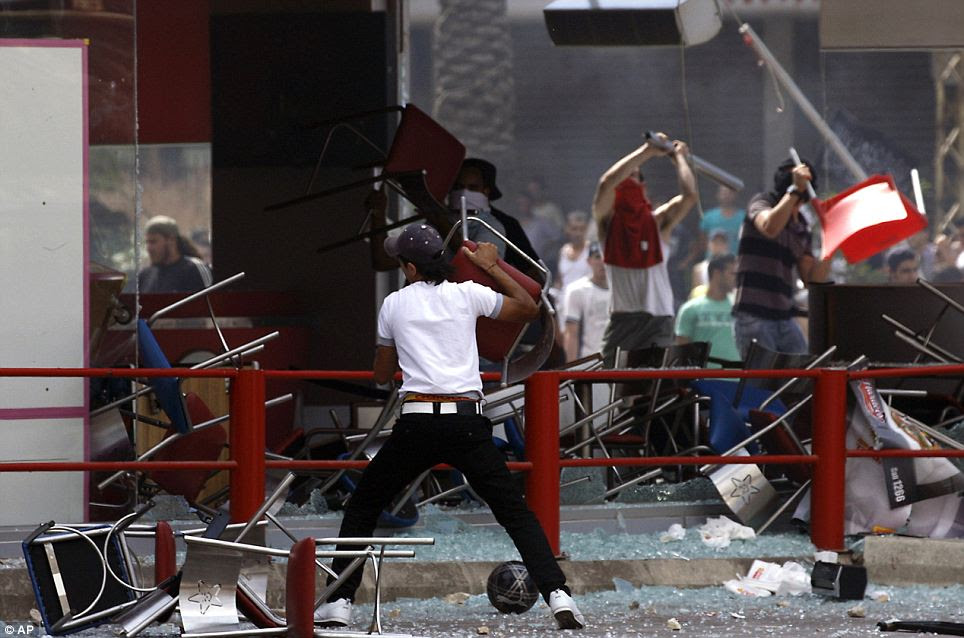 I know that it's pretty insulting to call "fried chicken" a "food", but what has smashing up what is probably a locally owned franchise got to do with it?
Badly proofread by Boy on a bike at Tuesday, September 18, 2012

Wrecking a locally owned shop because some misfit with a camcorder uploaded onto youtube what was nothing more than a high school skit?

Research skills sure ain't taught in the Madrassas.

Is it an oversimplification to comment that these protestors (and the Syd ones lobbing bricks at Mr Plod) don't seem to be able to separate the acts of an individual from those of a state?

I'm struggling to see why a private individual (albeit a probable agitator) in California uploading a video that would get an F if it *was* the aforementioned high school skit, somehow leads to attacks against US embassies and local franchises of US chains (and Australian police). Even if one doesn't accept the premise of free speech (and of course I do) it should be obvious that such a system does operate in the US.

It's not about the video.
It's about testing how far they can push the boundaries...

Some are egged on by the stories of the video/cartoons/etc, but when it happens here it's that push, push, push.

Time to knock that pushing on the head.