Tony Abbott was criticised this week by a Labor MP for making a humurous response about the Costa Concordia on radio.  Rob Mitchell MP appears to be suffering from a sense of humour failure, which is about as un-Australian as it gets. Rob Mitchell should be deported immediately to somewhere like North Korea, where I'm sure he'll fit in beautifully. Except the fat bastard will have to lose a bit of weight if he's to fit in with the norks.

I grabbed these six cartoons from Theo Spark, and they show how cartoonists around the world responded to the wreck - with humour. Get over it Rob, you puffed up, self-important twit. 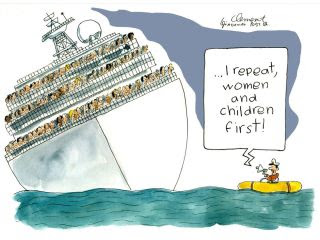 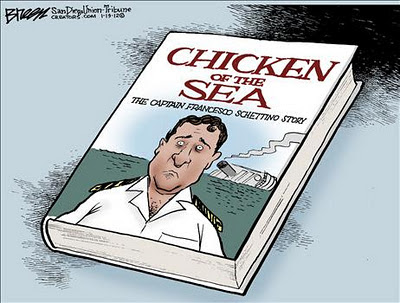 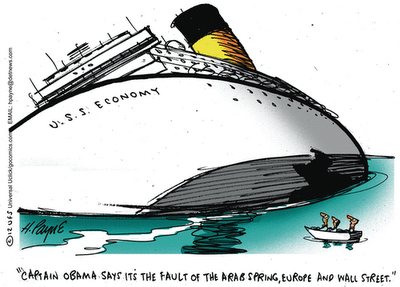 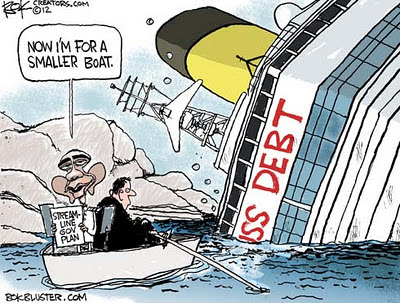 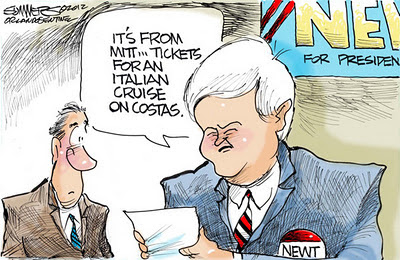 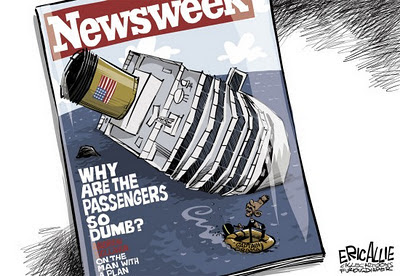 PS - the boat hitting the rocks - that's obviously Abbott's fault too.
Badly proofread by Boy on a bike at Sunday, January 22, 2012