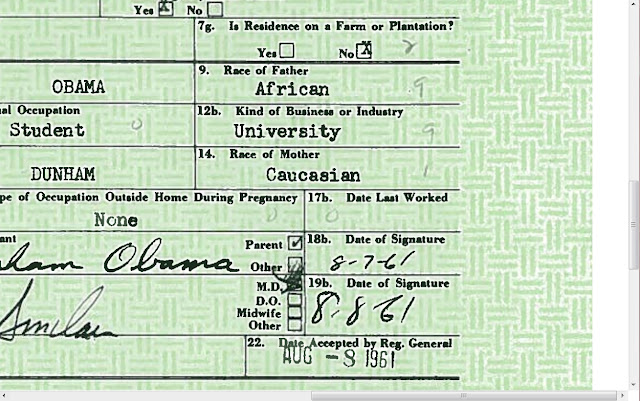 Since being a birther is all the rage at the moment, I thought I'd check out old Barry's birth certificate for myself - just for kicks. I've always thought there was some a bit odd about him not releasing it - after all, he released his tax records when running for the big job. I'd be more reticent about handing over my tax files to the press than my birth certificate - but that's just my personal feeling on the matter. Whether he's naturally born or not - that's a problem for the yanks. They get to vote for him - I don't.
The certificate looks like the image above - apparently the green background has been added to make it look more official. 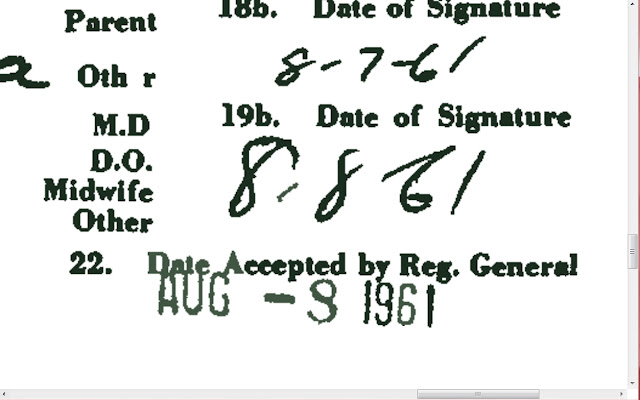 After dropping in at this site to see what all the fuss was about, I zoomed in on the certificate to have a close look myself. To my amazement, the green background disappeared, and what suddenly stood out was the colour of the lettering on two date stamps. Every other bit of text on this page - apart from parts of two date stamps - is black. Most of the text in these two date stamps suddenly came up as green when the green background was removed. It stands out like dog's balls. Not all of the stamp is green - the "19" and "1" on the end is black. The "Aug - 8" is breen, as is the "6" in "1961". 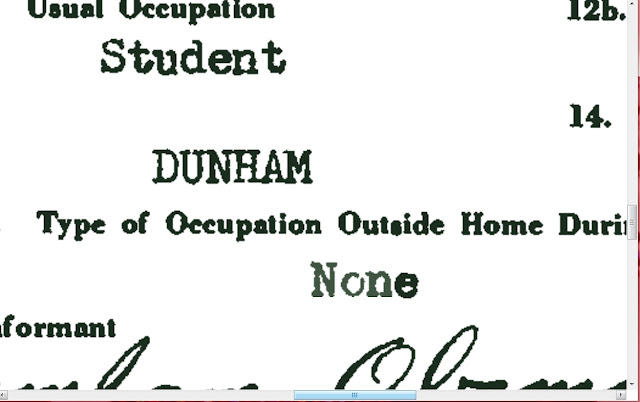 The "Non" in "None" also comes up green. 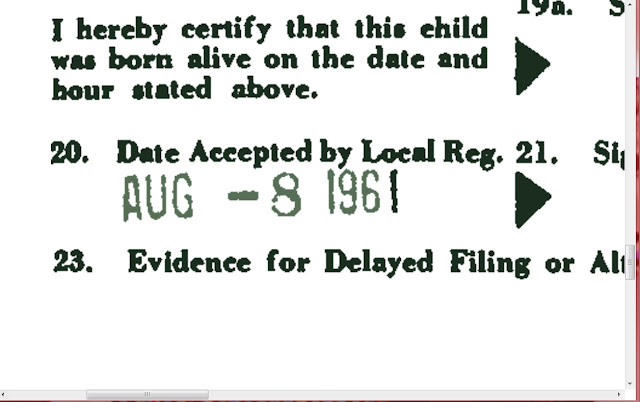 Has someone been fiddling with it? I'll leave that to the document experts. But to my rather inexpert eye, it all looks a bit funny. I've scanned a lot of pages of text in my life, and I've never seen this happen before. Rather than putting a PDF up on his website, Obama should make the actual paper certificate available for inspection.

Just out of interest, I opened this PDF in Explorer, Mozaic, Chrome and Safari. The green background only disappeared in Chrome at high zoom.
Badly proofread by Boy on a bike at Thursday, April 28, 2011