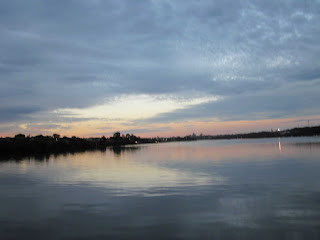 Sunset photos. Left late again this morning, so there were no good sunrise shots to be had. 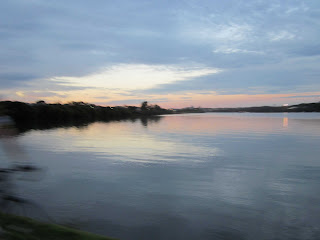 I did my best to photograph cyclists going past in the opposite direction in the low light - all I captured was a few bits of ghost. 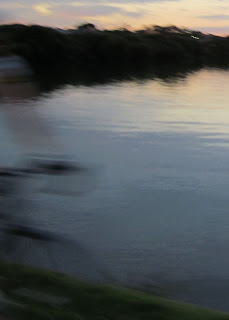 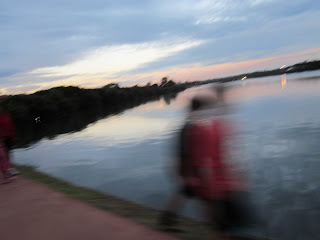 Same goes for ghostly pedestrians. Quickly decided that riding one handed in low light with lots of pedestrians and cyclists dodging around each other was not the best idea. 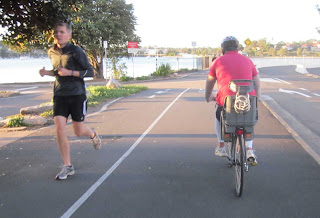 Back to the morning - that thing on the back of the bike is a child seat. I think a few parents drop their kids off at daycare locally and then ride into town. 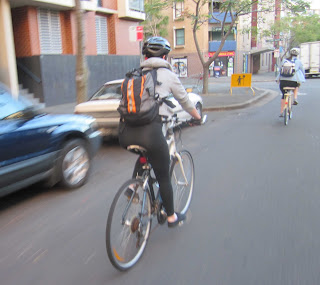 Lots of female cyclists around this morning. Don't ask me why. 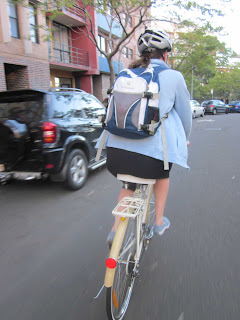 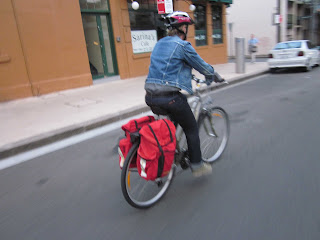 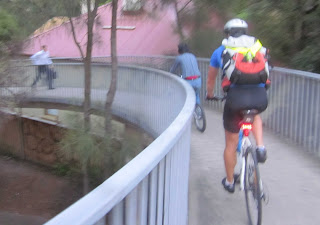 One thing I take for granted is that almost every cyclist that I meet every day is fairly competent on their bike. They might not be quick, but they know how to handle their machine. Then there was the woman in blue at the front here on the BMX bike - she had her handbag dangling from the handlebars, and she was barely in control. This is not an easy bridge to get over - it's narrow, steep and atrociously designed, but just about everyone gets over it without crashing. Not this woman - I was just waiting for her to go down, and to take me and the bloke in front down with her. Don't know how we all got over this bridge without a scratch. 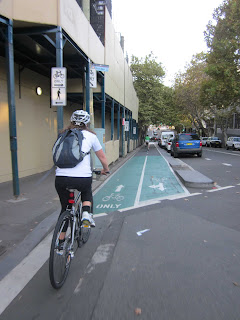 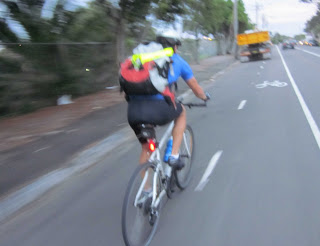 I've been leaving work a bit later than usual, which means I'm riding in peak hour traffic. By that I mean peak hour car traffic and peak hour bike traffic. There are now so many bikes on the Lilyfield route that at peak hour, it's just not worth overtaking a lot of the time as there are just too many bikes in the way. When that happens, it's a totally different commute for me. Normally, I have the road largely to myself, so I just put my head down and go as hard as I can for the entire distance. When the traffic is heavy, you just have to go with the flow - and that means trundling along at 50% of normal effort at times. I've arrived home the last two nights without a drop of sweat anywhere on me, whereas I normally need to soak in an ice bath for half an hour to cool down. It's really different - I don't mind it; the ride home relaxes me totally whether I am going hell for leather or cruising. The thing is, I can't cruise on my own - I just don't have it within me to proceed at an easy pace.