I eyed this yesterday and couldn't help myself - eye had to go back and get a photo - "Artificial Eye Specialist". Who knew such professions existed? 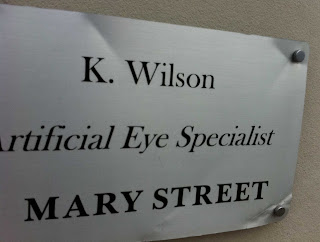 This is a newish bike shop/cafe in Lilyfield - the Bicycle Garage. The eye guy is almost next door. On the spur of the moment, I pulled in here recently just to try their coffee - it's excellent. Really top notch. They're a bit old fashioned in that they don't have a website. Who cares - what would you rather have? Great coffee or a spoofy looking website? 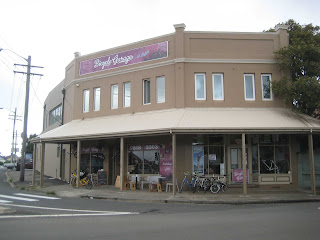 It's going to be grey skies all week, along with a bit of rain. Nothing like the rain the banana benders are getting. More like a spot of drizzle every now and then - just enough to get the humidity up to 99%. It's not hot down here at present, but sheesh, it's sticky and miserable. I want to have a shower every two hours. 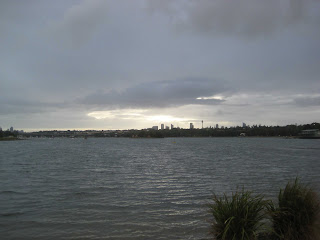 Today must have been declared "ride on the footpath day". Everywhere I looked, there were cyclists trundling along the footpaths. None hooning or ducking and weaving in amongst the pedestrians - just people quietly strolling along at a gentle pace, taking it easy and enjoying life. 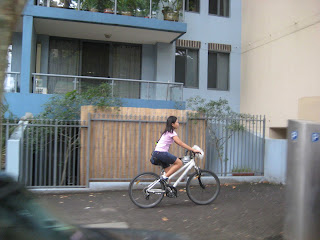 Meanwhile, back on Planet Earth, I was doing my usual blast past the Hubbards. I've found that I just can't point the camera in the general direction of the subject when taking a photo from side on - I actually have to look at the screen in order to frame the cyclist properly. Very annoying. It's so much easier photographing people from behind. 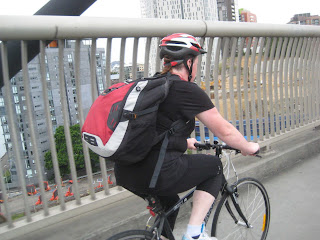 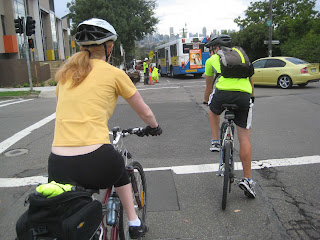 One of my pet hates - tradesmen who park in the bike lane, and don't bother putting out orange cones to divert traffic around their van. There were two plumbers vans here, and a few blokes ripping up the footpath. Park next to your work site by all means - but put out the cones so that us cyclists have a safe path around your stupid van. I felt like stopping and letting down his tyres - but that would have meant he would have spent another few hours blocking the lane. Much better to just ride past and quietly fume. 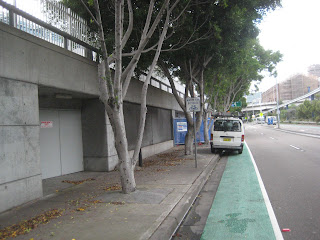