It's a nice time of the year to be up and about reasonably early - it's not too hot, not too cold and not too windy or wet. It's not perfect, but it's nice enough. It beats being frozen, cooked, blown sideways off the bike or pelted with hail. I'm thankful for it being pretty good. 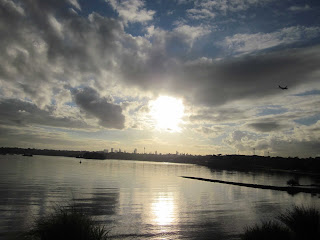 Ah, what is it about single speeders? This bloke tried to do a track stand at the red light, but discovered he couldn't do it, so he rode around in small circles trying to stay upright. He ended up on the footpath. Why didn't he just stop and put his foot down? 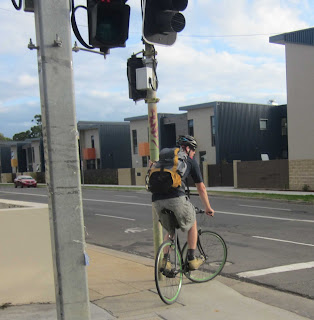 Interesting bike - it had a belt drive rather than a chain. It was like a fan belt, but with lumpy cams on it for grip. Very quiet. 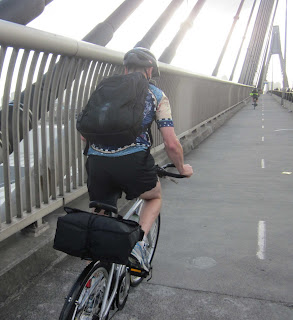 And now for something a bit more colourful. 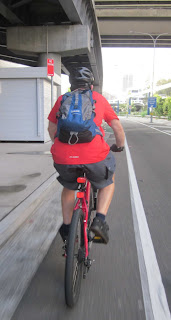 And here's a line of bikes going across the bridge - there were lots more than I could capture in one photo. Good weather brings out the two wheelers in droves. 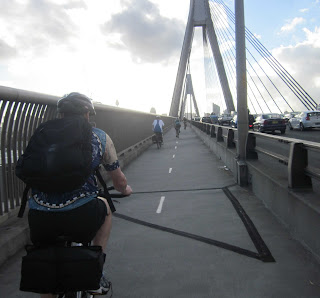