This commuting business is tough

I'll get back to the beer one day. I promise.

I think I finished the holidays a bit thinner than when I started. I guess that's a surprise to most of you, who are probably rolling around wondering if you can finish that last wafer thin chocolate mint. 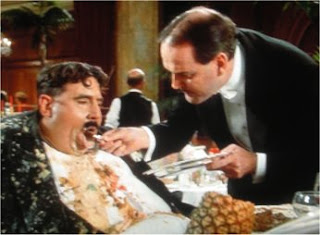 The secret? Lots of miles on the bike. These have been the first holidays in years - in fact since I got the bike - when we've been at home over the holidays and I've been free to ride almost every day for up to 6 hours.

Although I've done a lot more kilometres per week than I usually get commuting, I've been nowhere near as tired and sore at the end of the week. It's easier to do say 4 x 80km rides than 10 x 15km rides. The long, sustained rides have been surprisingly comfortable. Because I've mostly been going west, I've had lots of sections where I haven't stopped for ages - the ride into town is punctuated by lots of traffic lights, making it a very stop-start affair.

I'm not going to give up the commuting though and switch to doing a few long rides per week - that would mean catching the bus to work, and that would be a fate worse than death. I'll just have to put up with passing out on the couch at 7pm on a weeknight.

Which is probably one reason why I haven't watched any TV in quite a while. I haven't seen any live TV so far this year, and can't remember the last thing I did see on TV - it was probably at least 3 months ago.
Badly proofread by Boy on a bike at Friday, January 11, 2013

Jeff said...
This comment has been removed by the author.
9:28 pm

Anyways, I enjoy riding for utilitarian purposes - except when I'm in a hurry and keep hitting stop signs. When I do, I think "damn cars ruin everything!" But it's nice living in a city that has a light-rail train because you can hop on it and go across town and then take your bike from there.