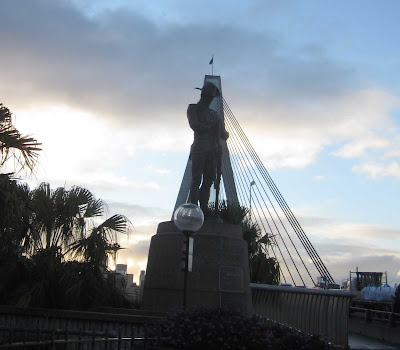 That would be the perfect photo, if it wasn't for that stupid alien light fitting in the foreground. And why are modern memorials covered in that awful pebblecrete rather than marble? 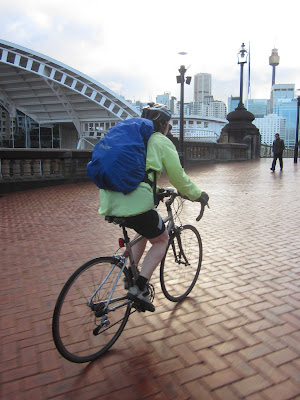 These photos are actually from more than just Thursday - it rained one day, but I can't remember which. 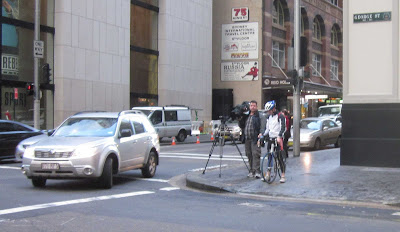 I think the cameraman standing at the corner of George St interviewing cyclists might have been a response to Tim Blair's campaign against the new bike lanes. I refuse to ride along the street where he's filming - too bloody dangerous. There is a bike lane along part of it, then you're just dumped into four lanes of fast moving traffic. It's an accident waiting to happen. 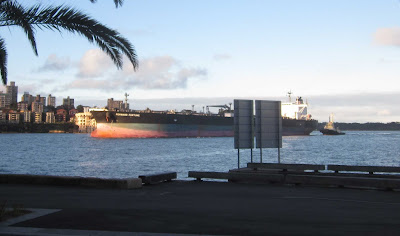 A reminder that Sydney Harbour is occasionally a working harbour. 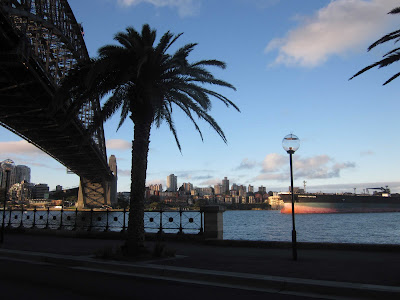 Here's a bit of context for you. 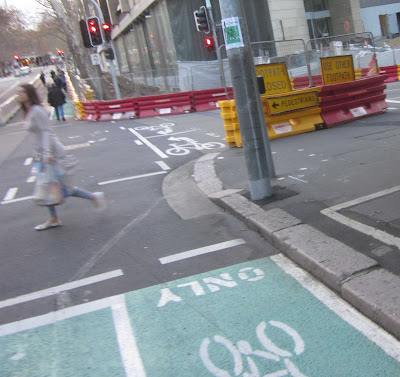 Notice the big yellow signs on the right saying "pedestrians use other path" with big arrows? Yes? Now have a look at how many pedestrians are wandering along the bike lane, preventing cyclists from using it. 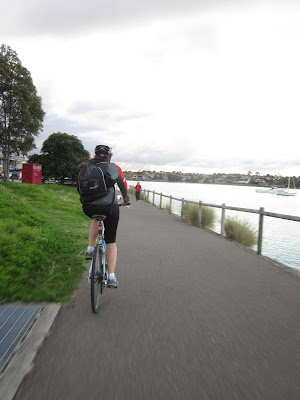 As luck would have it, I followed this lady partway into town, and then bumped into her again on the way home. What are the odds of that happening on the same day? 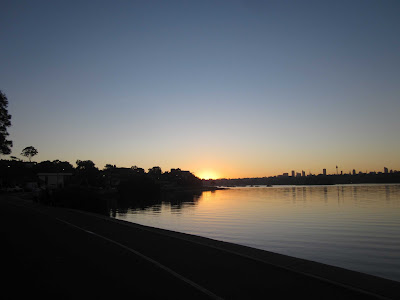 This morning. I'm thinking of sending in something like this to Andrew Bolt for his "view from a reader's window". 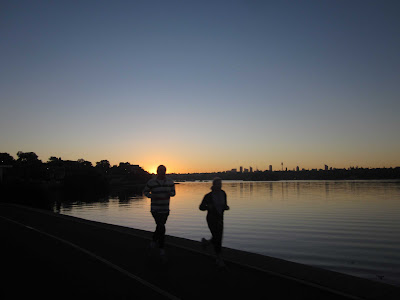 I actually stopped and posed this one - waited a few seconds for the joggers to run into the shot. 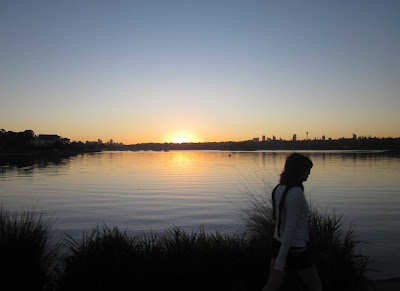 I tried the same here, but it didn't really work. 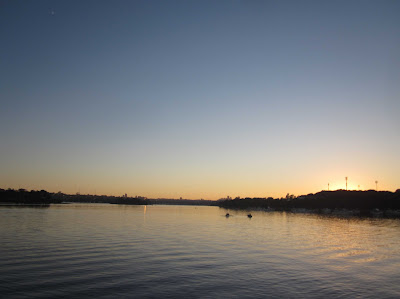 A hazard at this time of year - cars with fogged windows. Some drivers take a few minutes to clear all their windows and mirrors before driving off, but I've nearly been collected a few times by morons that can't see out of their car in any direction. It's not like it's ice that needs scraping off - it's just dew. 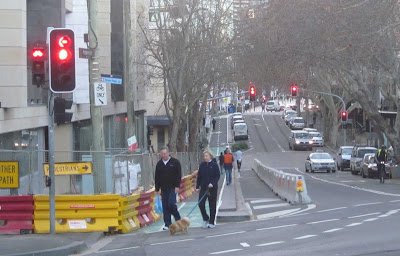 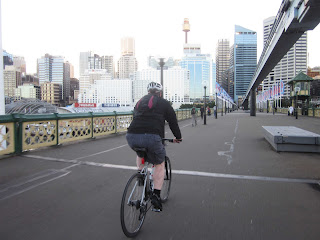 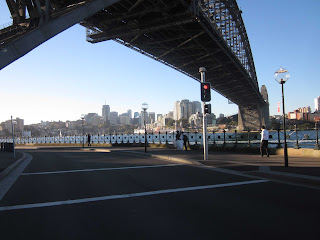 A newly married couple perhaps, walking under the bridge. 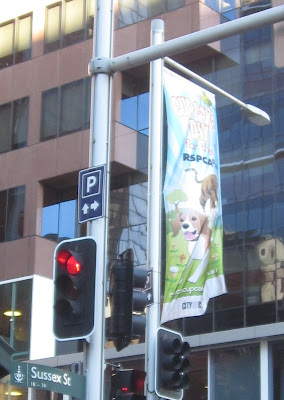 The RSPCA cupcake day was on Monday 15 August - 10 days ago. The banners for it are still up. What I find infuriating is that the banners for ANZAC Day and Easter went up about 2 days before each event and were taken down as soon as possible after they were over. It's almost like the Council was ashamed of promoting those two days. But stuff like Cupcake day and horse racing events hang round for months. 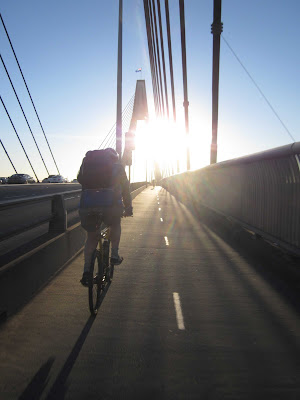