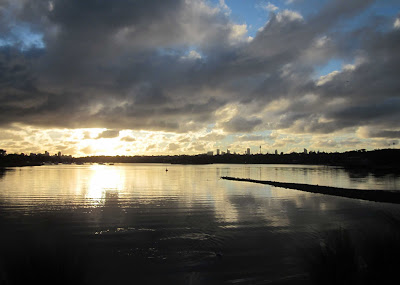 Normal service has resumed because it's now "warm" enough in the mornings for me to change back to fingerless gloves. That means I can pull the camera out whilst on the move without risking it being dropped into the spokes of my front wheel (which nearly happened a few weeks ago - the full fingered gloves don't have as much grip as your fingertips, and thankfully the camera bounced off the front tyre and went well clear of the spokes - otherwise, I would have been going over the handle bars in a self inflicted prang). 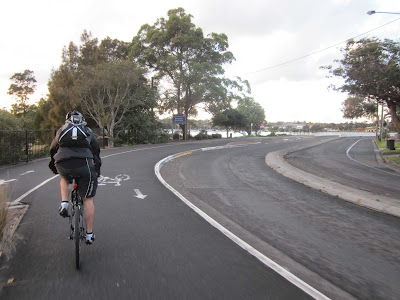 This is how bike paths should be - nice and wide with sweeping bends and plenty of visibility. 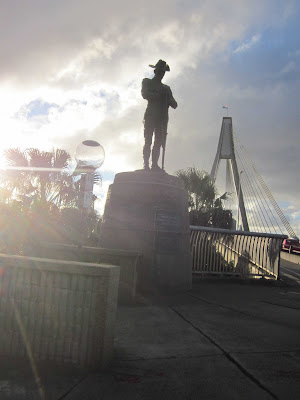 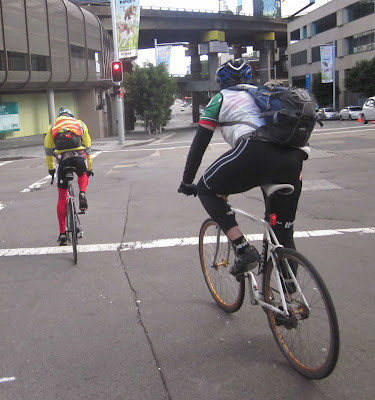 The bloke up the front took off and within about 20 seconds, he was a small speck in the distance. 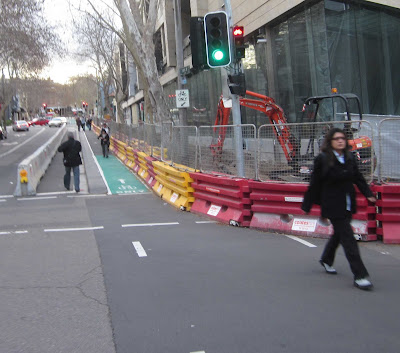 Why are cyclists avoiding bike lanes and riding on the road instead? Because the silly bloody Council insists on tearing up the newly built lanes for laying pips and such like. I could ride up the bike lane this evening because it was infested with pedestrians - even though there were signs at the top of the hill telling pedestrians to cross the road and use the other footpath. 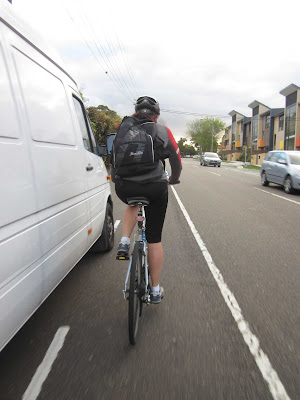