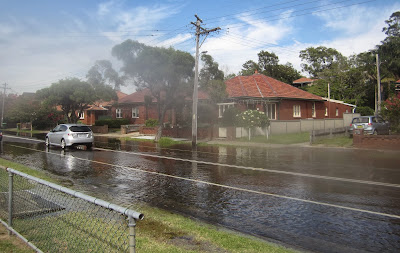 I was out for a spin around the Bay during the week when I noticed the tide was right up - I read later that it was a king tide that is common at this time of the year. I rode down along the Hawthorne Canal just to see how high the water was - it was lapping right up against the lip of the canal.

A short section of Hawthorne Parade had water on it - you'd probably get wet ankles if you walked through it. I didn't look very closely, but I think this section of land is below the level of the top of the canal, so water might have come up through the drains and flooded the road. 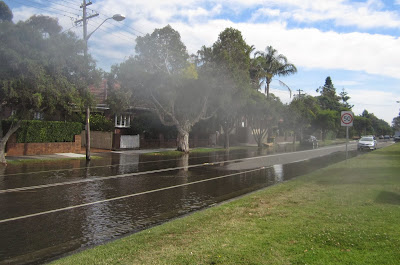 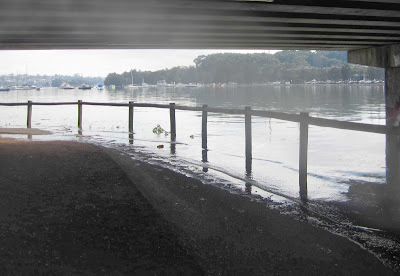 One short section of the footpath was also under about an inch of water - again, it was a the lowest lying point. It would be pretty simple to dump a few truckloads of dirt along here, build up the path a bit and that would be that.
Badly proofread by Boy on a bike at Saturday, January 04, 2014

Whaddya know? Climate change is real and sea levels are rising after all!

Yeah, Christmas tides we used to call em. Back when these bays had more stinking mangroves, and yummy mud crabs - ships oil flavoured.

Another Happy New Year of pleasant cycling to you Boyo!