Don't believe everything that gets stuffed into your letterbox

We got an election pamphlet from John Murphy recently. A big chunk of it tells the story of a local woman who had cancer, was treated with a drug called Herceptin and obviously lived to tell the tale. 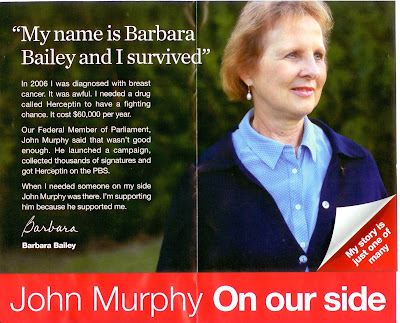 What this pamphlet doesn't tell you is that Herceptin was put onto the PBS when Tony Abbott was Minister for Health. How's that for misogyny - approving a very expensive drug that only benefits women. 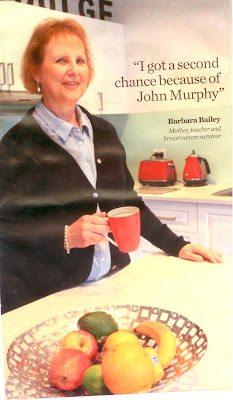 It's a neatly designed little pamphlet - very professional - but I had to look hard to find out which party John Murphy is a member of. There's a very small logo on the back - in the last place most people will bother to look. 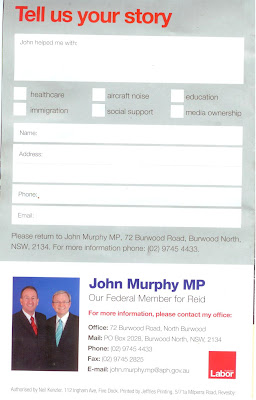 The pamphlet states that Barbara Bailey is a teacher. I hope she isn't the one that teaches at Summer Hill.
Badly proofread by Boy on a bike at Friday, August 16, 2013

The Internet. A cruel but fair Master. A purveyor of true memory syndrome like no other before it.